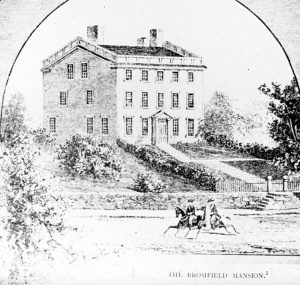 Abigail Adams, born November 22, 1744, in Weymouth Massachusetts. She was one of four children, two sisters, and a younger brother. As she was growing up, she was not very healthy and so she was never able to attend school. However, her mother did an outstanding job of teaching both she and her two sisters how to read, write, and do mathematics. They also studied French and English literature and her love of books would give her an expense of knowledge. 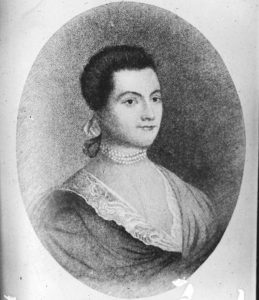 Young Abigail on a glass negative. Courtesy of the Thomas Crane Public Library. From the Warren Parker collection

As Abigail grew up, she would come to meet her husband John Adams her third cousin, often during family outings and things. They first met when John Adams accompanied a friend of his to visit and court Abigail’s older sister, Mary. Although his friend was very much enamored with Mary, John Adams described his visit in his diary as kind of a waste of time. He had no interest in the girls initially because they ‘weren’t fond, frank, or candid’. At this time, America was still under British rule and apparently British attitudes.

After a few visits, it did not take long until John Adams changed his mind about Abigail. His future inlaws were not by choice – John Adams was not very fond of Abigail‘s father the Reverend William Smith as he found him to be a ‘crafty, designing man’. Abigail‘s mother was not pleased that Abigail and John Adams were attracted to each other because John Adams was a country lawyer and just the son of a farmer. Once they got to know each other and over the next three years, John actually courted Abigail, despite everyone’s opinion of one another. 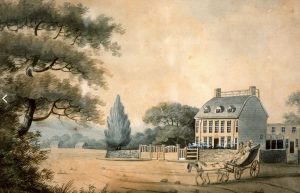 They wed anyway and during the course of the next 10 years, they had five children, one of which was John Quincy Adams, who later became the 6th President of the United States. During the first few years of their marriage, John Adams went to Boston to practice law, but Abigail remained in Braintree, MA to take care of the house and raise their children. In 1787 they purchased a home and settled down in Peacefield. Abigail stayed at their home while her husband traveled as the Massachusetts delegate to the first continental congress.

John Adams was constantly on the move – first in his legal career, and then as a founding father and an American diplomat. This strengthens Abigail who kept the home and farm, raised and taught the children and kept her fingers to the pulse of the locals. She had strong political ideas and values and corresponded those to her husband often. John Adams wrote that he felt his work was as strong an investment as he could provide his family, to ensure that they lived in a free and prosperous nation.

Thus, they developed an even deeper relationship through correspondence. Although Abigail’s letters were more formally written (John’s letters were less formal and sometimes even a bit frisky), she expressed her love and 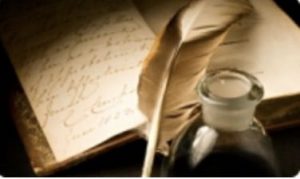 devotion to him at all times. One time Abigail was given the task of questioning loyalist women in Massachusetts just before the war broke out in 1775, by the MA Colony General Court. Her letters were both coded and detailed, as she did not use proper names and did not sign them with her name. She wrote him about the lack of supplies and lead, battles and successes or losses at sea. In one letter, she reported that they were driven to removing lead from the windows to make shot. If she signed her letters, she often used the name, Portia.

In one letter, she lamented the lack of education in the area and the obvious need for a government to reestablish educational order. She specifically mentioned the lack of education for women and the poor. “I most sincerely wish that some more liberal plan might be laid and executed for the benefit of the rising generation and that our new   Constitution may be distinguished for encouraging learning and virtue. If we mean to have heroes, statesmen, and philosophers, we should have learned women.”

During the second continental Congress, Abigail corresponded with her husband frequently as he helped draft the Declaration of Independence. She pressed him to bring up the topic in the first and second Continental Congress of 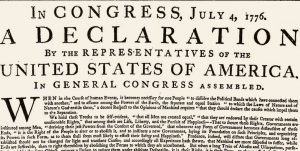 giving women equal rights as men when the new country was formed. She could not convince her husband to do that at the time, but some of her letters are the earliest known documents that mention women’s rights. It is known that her thoughts and opinions helped to craft the documents for which he is so famously known.

In 1778 John Adams was assigned to be the minister to France. In her correspondence to him, she kept him abreast of what was going on in America. She later joined him in Paris along with their two oldest children. Later, he was to become a minister to the court of Saint James (Britain) in 1785.  Jonathan Sewell, a close friend, said this of his diplomatic service: “His abilities are undoubtedly equal to the mechanical parts of his business as ambassador, but this is not enough. He cannot dance, drink, game, flatter, promise, dress, swear with the gentlemen, and small talk and flirt with the ladies; in short, he has none of those essential arts or ornaments which constitute a courtier. There are thousands who, with a tenth of his understanding and without a spark of his honesty, would distance him infinitely in any court in Europe.”  Unfortunately, they grew apart and John later stated that he felt that Jonathan Sewell was a casualty of the war. 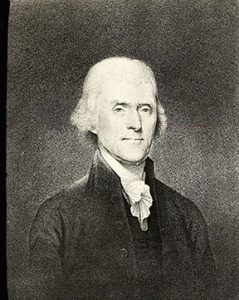 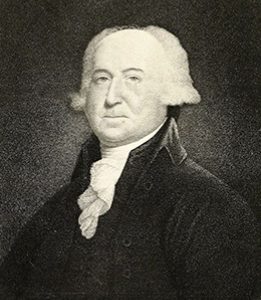 Later when they came back to the United States, Abigail moved with her husband first to New York City, when it was still the capital – then followed him to Philadelphia, when it became the capital. George Washington resigned his presidency in 1797 after serving two terms, and John Adams ran against Thomas Jefferson for the presidency. John Adams won and Thomas Jefferson became the vice president at the time. Abigail spent much of the time when he was campaigning at the home of his mother, Susanna Adams Hall. His mother was dying and Abigail became a caretaker for her.

his presidential term when it became the new capital. During her husband‘s presidency, many people were Democratic-Republicans and anti-federalists. John Adams was very much a federalist and Abigail saw herself as the symbol of the Federalist party. Because she was so very active in the political world she was unofficially given the title of Lady Adams and Mrs. President. Sometimes her correspondence was intercepted and published in papers which really disgusted and distressed her.

Abigail spoke out frequently against slavery and although her husband really did not like saying for your believing it he did not vocalize this for fear of alienating the Southerners. She believed slavery was evil and had strong beliefs that women should have been given rights and that married women should have property rights.

Many comments were made in the anti-Federalist papers after John Adams had made certain decisions and had moved their residency during his presidency. They believed that Abigail would have never allowed him to do such a thing and must have been away at the time. In 1800, the two of them moved into the newly built but unfinished White House (although it wasn’t called out at the time).

John Adams, Abigail Adams, and Thomas Jefferson had a great friendship prior to them running against one another for the presidency. It was a sad time for Abigail as she wrote Thomas Jefferson frequently giving advice and political thoughts. In the presidential election in 1800, Abigail stopped writing to the Jefferson family due to the rivalry. 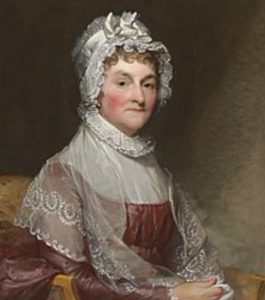 Thomas Jefferson won the election in 1800 and Abigail had expressed that her husband and she wanted to lead a more private life after spending so much time in the public eye. They returned to Massachusetts and raise their grandchildren, while John Quincy Adams was serving as the minister to Russia.

Abigail has been approached and refused by people who wanted to publish her private correspondence. She died at the age of 74 on October 28, 1818, in Quincy Massachusetts at the hand of typhoid fever. Her husband died about 5 1/2 years later and was buried beside her in Quincy Massachusetts. Her final word recorded words were “do not grieve, my friend, my dearest friend. And John, it will not be long.” She often called him her dearest friend and that friendship kept their marriage solidly together.

Their love was very strong and based on sound principles. They were married for 50 years, had five children, witnessed and survived the revolution war, scandals, diplomatic crisis, and the birth of a new nation. They were separated for many many months and they wrote over 1000 letters to each other. She was his lover, confident, and best of friends. The letters that he and she exchanged show both instruction and devotion with much hard-pressed desire to see one another again.

Courtesy of historythings .com, Johnadamsinfo.com, newenglandhistoricalsociety.com, and the book Great Americans in Their Own Words